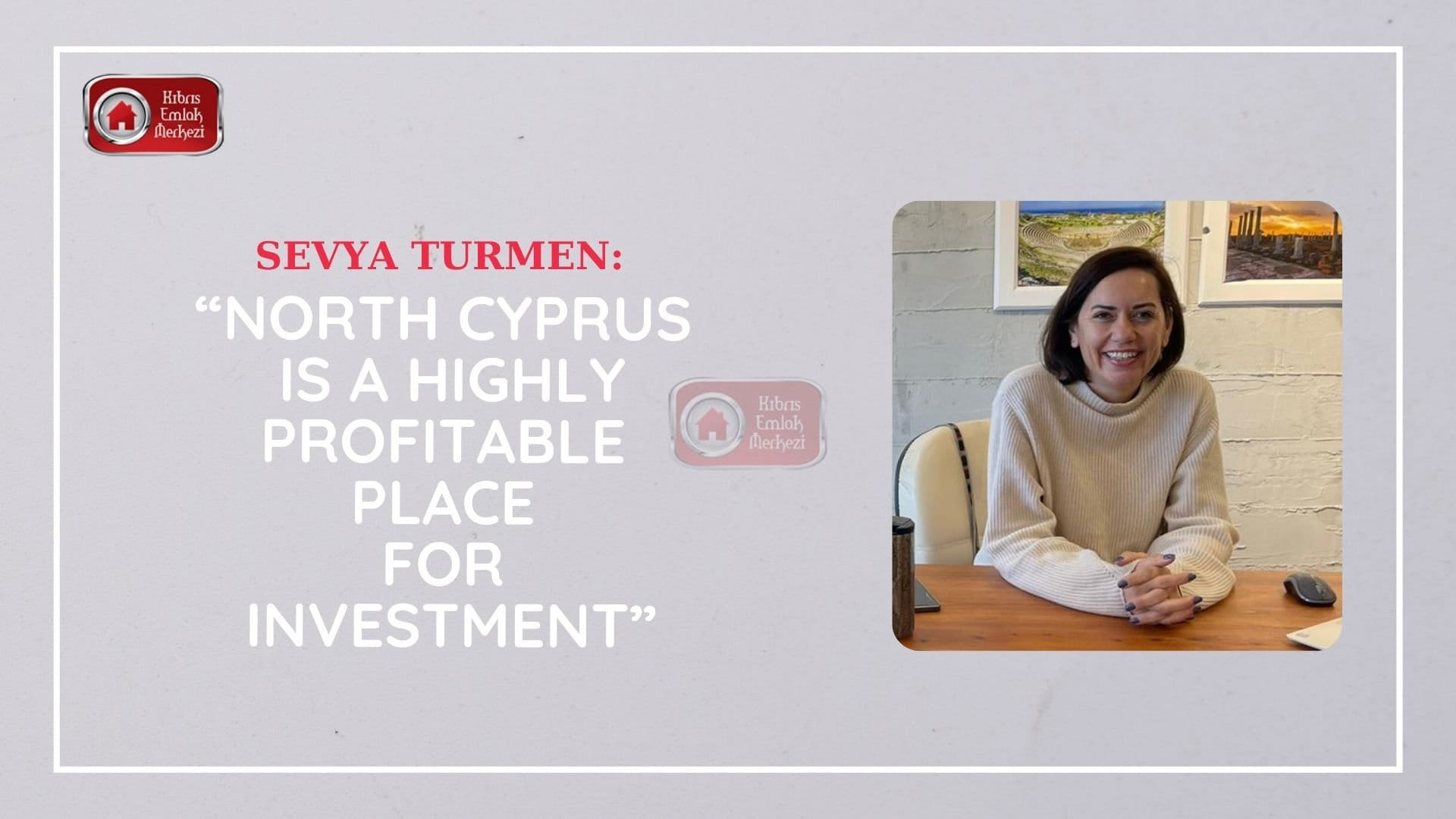 We asked these questions to someone who is an expert in her job. Acorn Cyprus Broker Sevya Turmen was our guest at Kıbrıs Emlak Merkezi, the global investment platform of Northern Cyprus.

With Sevya Turmen, we evaluated the investment advantages of Northern Cyprus and the issues that investors should pay attention.

Why did foreign investors start to prefer Northern Cyprus?

The reason why foreign investors choose Northern Cyprus is not new. Cyprus used to be a British colony and was an attractive destination for the British for many years. The fact that the traffic flows from the left and the house prices are calculating according to sterling is an important factor for them.

In recent years, citizens of different countries have started to prefer Northern Cyprus. For example, the Russians prefer North Cyprus after the crisis in the South. Of course, Cyprus’ magnificent sea and mild climate are among the reasons for preference. Also, in the last 4-5 years, Scandinavian citizens have started to come to Cyprus, because of hot climate conditions.

Having an affordable life here is attractive for everyone. At the end of the day, the money they earn and the money they will spend here is cheaper than in other European countries. This is one of the biggest reasons.

The second reason why people prefer Cyprus is the taxation system. When they invest abroad, they pay high taxes, but in Cyprus the taxes are quite low.

In which countries are interest and real estate purchases moving more intensely? Which parts of Cyprus do they prefer?

British people mostly prefer Kyrenia. They are investing in all parts of Kyrenia, from the East to the West.

Russians prefer Long Beach and Bafra. It is more advantageous for them to have the sea instead of a pool.

Scandinavians like to live together, for this reason they prefer Esentepe as their first investment region.

The Germans, who once invested in Cyprus but then did not continue, started to show their interest again. The main reasons why Germans show interest in Cyprus again are taxation, climatic conditions and our location.

To sum up, I can say that we are in the heart of Europe, it is much easier to reach everywhere from here. Foreign investors generally prefer their real estate here as a second home, holiday home or retirement home.

“Don’t Be Late to Invest in Northern Cyprus”

Is Northern Cyprus a profitable region for investors, and if so why?

I can say that Cyprus is a very profitable region.

What is your advice to the investor?

In Northern Cyprus, in 2004, when the real estate industry was caught off-guard and the sales was highly increasing, many illegal structures were built. Therefore, the house to be bought in the second-hand real estate market should be checked very well and the documents should be examined. Since houses were built in 2004 before the paperwork was completed, this issue needs to be investigated carefully.