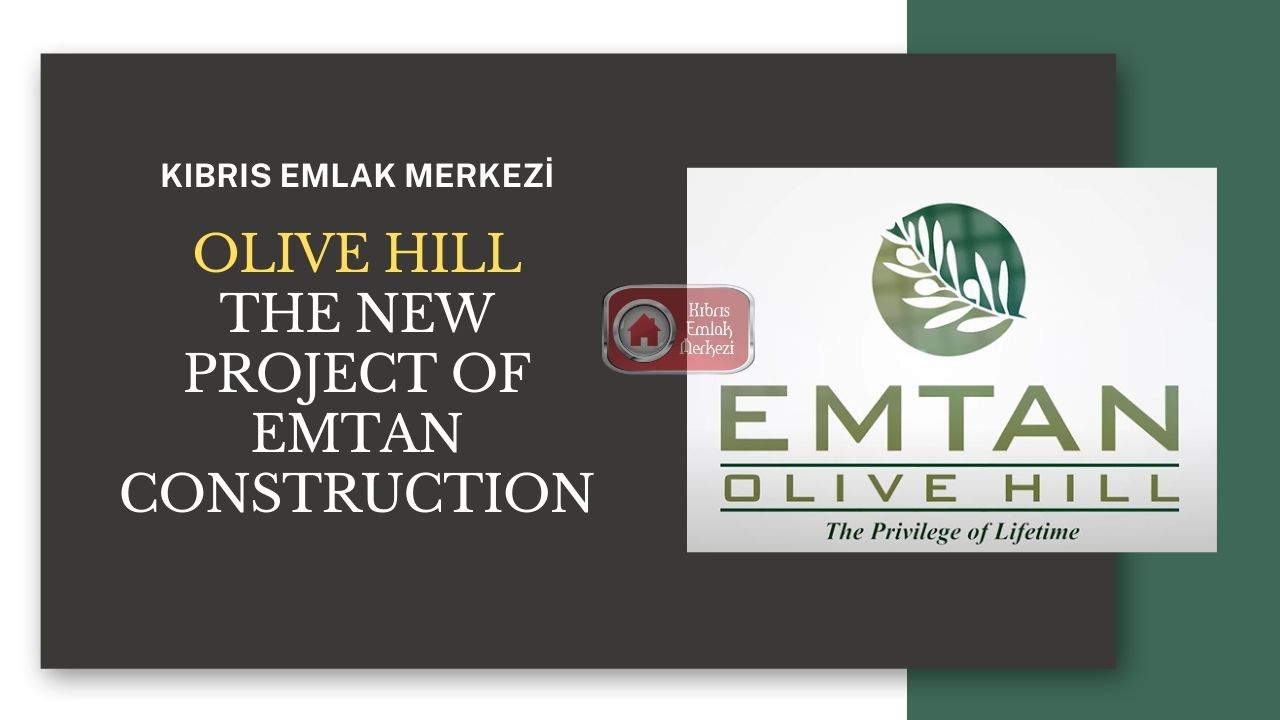 One of the leading developers of the real estate industry in North Cyprus, Emtan Construction, is gearing up for their new project in Alsancak, Kyrenia.

The Alsancak district to the West of Kyrenia famous for its hotels, beaches, splendid nature and in close proximity to the center of Kyrenia has recently become prominent for its signature residential projects.

Emtan Construction made a debut with its Emtan Green Park project in the area, which we followed up from launching to the final stage of handing over. Residents of the project are now moving in and there is only 1 flat left for sale.

The second project of Emtan Construction in the Alsancak area is Emtan West Park. The project gets great response from investors with its luxury villas and commercial units.

Now it’s time for the 3rd project of Emtan Construction in Alsancak. The Olive Hill project of the prestigious developer aims to exceed all expectations so far.

“A Lifetime of Privilege” has been declared as the motto of the project with its eye-catching architectural design. Unobstructed mountain and sea views of the residential part are of course the center of attraction.